It’s pretty plain to see that tech is the fastest growing and highest paying industry in the world. It’s also a notoriously male-dominated field. Companies like Microsoft have taken a number of steps toward creating a more diverse and inclusive culture, and many partners are working towards that same goal. One partner, RyanTech has helped pave the way for a more diverse workforce in the tech industry. Here’s the story about how they learned the benefits of bringing more women on to the team.

The Statistics of WIT

A strong and more diverse workforce helps with problem solving, breeds innovation, and helps with retention of top talent. The bottom line is that diversity is good for business. Here are some stats to back that up.

Compare those numbers to the fact that 57% of all jobs are held by women and you can see how sharp the gender disparity is. But times are changing. As Gavriella Schuster put it in an earlier blog this year, “It’s about meeting the needs of our changing customers in a changing world.”

Recently we spoke with Kevin McMillen, CEO, and Carol Walasek, Executive Director, of RyanTech to discuss how they’re empowering women in the technology field.

Kevin said that it was through their engagement with various business organizations and connections made at WPC that taught them the value of hiring the right talent and embracing the gift that is women in technology.

Paving the Way for WIT Success

During the summer of 2013, Kevin became close friends with his neighbor Carol. Her desire to go back to work as her youngest started school sparked a conversation about how she could handle some of the needs of Kevin’s company in terms of customer service, sales, and giving RyanTech a new image. Kevin remembered, “Neither of us realized it then, but we were already working together on the success of RyanTech’s vision.”

Carol joined RyanTech in July of 2013 and changed the look, feel, and success of their company. She started out as a support technician and was promoted multiple times to her current position as Executive Director. It was through her creative approach to cultural improvements at RyanTech that led to Friday lunches, after-hours get-togethers, Team Yoga, charity golf tournaments and a general good feeling to come to work at RyanTech. Since then they have actually brought on more women than men at RyanTech. Their sales, implementation and customer after-care is now led by women employees. Kevin believes that Carol has been instrumental in the success of the company.

“We’ve seen the value of working with women in technology in our own organization and in the organizations that support our efforts and our mission. We’re truly a better tech company and serve our clients better because of these amazing women.”

When asked what it was like to join an all-male company, Carol said that it was interesting to say the least. “I remember at the beginning, all the guys were in their offices with their heads down, working. But that wasn’t going to work for me. So I sat down and just started talking to them.”

“I said that we were going to do things a little differently. And that’s where it all started.”

Carol believes that women who are interested in joining and advancing within the high-tech industry need to be strong minded and resilient. “Believe you can do it because I don’t think there’s a label on it. I don’t think it’s a gender issue. Be strong willed and know that you can do the job just as well if not sometimes better.”

RyanTech was inspired to develop their female demographic in part due to the sessions and connections they built at WPC. This last WPC hosted a WIT Luncheon where Carol found great value in meeting with other women in her field. The community and support provided by the WIT group helps women know that they’re not alone in their field. They provide opportunities for mentorship, encouragement, learning, goal setting, and business success.

Next year’s WPC already has a number of women in technology functions in the works. Women interested in joining the community can look forward to the chance to extend their network and learn from the most successful women in the Microsoft partner ecosystem. Reserve your seat for WPC today.

How much better would YOUR organization be if you were to leverage Women in Technology? Share your comments and experiences in the comments below. 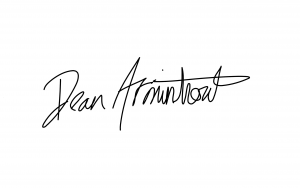