Blog homeBusiness LeadershipFor women in technology, there are plenty of seats at the table

For women in technology, there are plenty of seats at the table 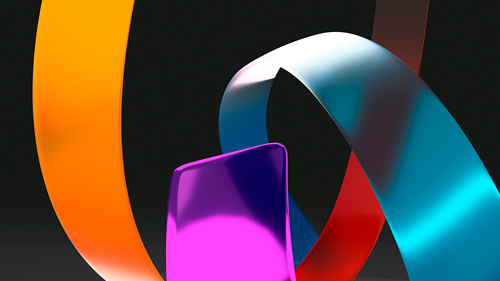 March 8, 1914. The first International Women’s Day was celebrated as a peace movement during WWI. In 1945, the United Nations signed the first international agreement to affirm the principle of equality between women and men.

Women have always been leaders. But today, the world is asking us how to lead better-and they’re listening to our answers. That’s real progress.

Today is a day for us to reflect, recruit, and re-energize-to come together and drive the movement. It’s up to us to proactively bring more women into the industry. I hope the words of these successful, boundary-pushing women move and motivate you.

“I believe there has never been a better time to be a female in the IT Industry. With global organisations like Microsoft leading the way for gender-neutral progression women now have a greater opportunity than ever to realise their ambitions. In my first job at the tender age of 16, my female boss drilled in to me that ‘no’ means ‘Let’s negotiate!’ Under her leadership, I progressed through to a manager’s role before I was 21. But boy, it was hard back then. Since launching my own business in 2003, now a global organisation, I have never forgotten that early advice and would say to every woman out there, you can do anything you want. Remember this: Behind every successful woman, there is a tribe of other women who have her back. Ladies, we’ve got this.”

“Early in my career, I became accustomed to being the only female in the room, instructing a class full of male IT professionals. I always knew I was capable of leading others outside of the classroom, too. Determined to carve my place in the male-dominated industry, I founded Directions Training in 1991. With the support of coworkers, friends, and mentors, I began building the company into what it is today-delivering training in more than 70 countries and training more than 500,000 people. I will always be grateful and dedicated to other women who share the entrepreneurial spirit, and through organizations like IAMCP WIT I try to foster that spirit in another generation of women leaders.”

The Missing Chair and Off the Cuff Consulting

“I fell into tech by accident. At age 19, I was working in level 2 support in a bank and I understood the DOS commands-they took a gamble and asked me to join them for a nationwide Windows NT rollout. It wasn’t until later in my career that I really became aware of the pioneer women in STEM, including Grace Hopper and Katherine Johnson with their great achievements in the 1950s. Today, I offer words of encouragement at women in tech groups, so other women can see there’s a place for them, too. My network of female peers has grown, and they encourage me when I doubt myself and cheer for me when I win.”

“I have always had strong female mentors in my career in tech. Even when I was just starting out, the CEO, Sales VP, Marketing VP, and IT VP were all women. There are three pieces of advice that I’ve lived by over the years, and I share them with others starting their careers.

“Many years ago, when I took my first technology leadership role, a friend gave me good advice: ‘Don’t worry about being the only woman in the room; worry about being the most prepared in the room.’ That advice has served me well through many corporate roles, from being a technology director, to the CIO (and only female executive) in a multi-national organization, to making the giant leap to leading Synergy Technical as CEO. I’ve been deliberate in surrounding myself with people, both men and women, who through their experience, guidance, and mentorship have made sure that I was the most prepared I could be for the situation at hand. When I felt like I wasn’t well prepared, I found someone through my network who had been-there-done-that and asked for help. I’ve passed this same advice on many times.”

“Our lives and careers are amazingly intertwined by unique events. I began my career at Ernst & Young 20 years ago, and as destiny would have it, my managers were two women. Remember-this was back when gender parity was a distant dream. The two of them demonstrated to me that it was entirely possible to succeed in a man’s world when you’re determined, strong, and most importantly, faithful to your values.

Fast forward a few years, and one of my female mentors became my business partner in our first start-up. This was just the beginning of my journey. Since then, I’ve had two women partners in a second company, and today I employ 45 percent women at Bind Tuning. As fate would have it, I’ve been blessed with two daughters in whom I’m determined to instill the same values and possibilities that were shown to me. Today more than ever, women have the opportunity to be valued for their unique knowledge and skills. Being part of this, seeing this evolve in my own life, in the lives of my employees, and in the lives of my young daughters inspires me every day.”

“It was a great honor being elected the first female President of the International Association of Microsoft Channel Partners for EMEA. Having an active role in IAMCP has been paramount for strengthening relations and generating contacts and opportunities of great value. The strong community of support in organizations like [Women in Technology], with outstanding women who share their successes and failures and support each other is invaluable for personal and professional success. These connections are so important to inspire people to accomplish so much more than they would on their own.”

“Going to business school in the 1980s was highly unusual for Asian or Asian-American women. But I was too focused on learning everything I would need to know about business to spend time thinking about that. My long-term goal of being an entrepreneur meant I would need to learn from, hire, partner with, and count on the best people I could find willing to take this chance with me. Intentional or not, I am proud that today’s SHI is an organic meritocracy of empowered women and men working together to ensure the success of our company!”

Learn how we can accelerate your business. Visit the Microsoft NZ Partner Hub at https://aka.ms/nzpartnerhub